Our Jay gives a quick review of Rob Hopkins’ new book, ‘The Power of Just Doing stuff’, in his role as TN social reporter.

Doing stuff doesn’t get much better, I think, as I sit on the lawn among friends, sipping rosé, summer sun shining. Indian rhythms and children laughing fill the air. Women are dancing in the shade of a mighty tree. I’m paging through The Power of Just Doing Stuff. It could be like this every weekend, we say to each other.

I’m at the Tagore Festival, which celebrates the life and work of Rabindranath Tagore with a three-day programme of talks, music, performance, food, and drink.  Schumacher College has put up a big tipi-type tent where they’re hosting a series of ‘wild ideas’ talks, including Rob Hopkins on Saturday.  Today is Sunday and we (TTT) have organised a full programme of activities we’re calling, “What if we all did something?” ” to read the full article click here (takes you to TN website). Rob Hopkins at his book launch in Totnes, which included special edition beer 'The Power of just brewing stuff' 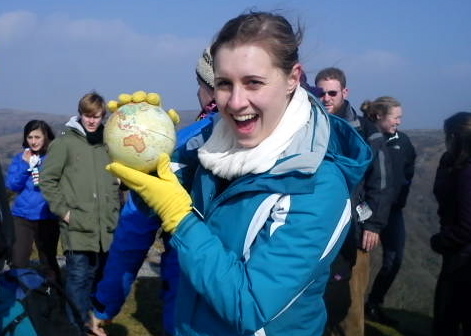 Hear us here on Radio 4 with Peter Day on his programme “Growing Pains”, part of his world of business series, back in November 2010.   In the middle of a recession renewed economic growth is always considered the great panacea that will get us out of the mess we are in. However, is this really the way to tackle the problems of a finite world? Peter Day wonders if our reliance on growth is not a snare and a delusion.

Get in Touch
Study Visits
Ingredients
We Come to You